See all books by release date, newest to oldest

In Riala City, the power of magic shapes the destinies of its citizens. Art, any kind of art, creates magic, and yet, only the rich can afford to learn magic’s intricaties at the city’s famous Academies.

Follow a painting magician with a tarnished reputation, a political refugee seeking a new life, a brilliant poet who lost what she valued most, and more, in Felicia Fredlund’s Riala City series.

The Riala City series is divided into different mini-series focused on different characters. 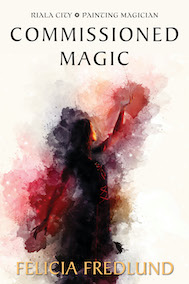